Good luck to all who are braving NaNoWriMo! NaNoWriMo – National Novel Writing Month – encourages writers to write a 50,000 word novel in 30 days.

Scroll down for the conference updates and head over to Texas Book Festivals to see the events coming up in 2017.

If you’d like to be notified of these weekly updates, please use the Subscribe to Updates form on the sidebars!

Author and illustrator Brendan Wenzel presents his debut solo picture book from Chronicle Books, THEY ALL SAW A CAT. “The cat walked through the world, with its whiskers, ears, and paws …” In this glorious celebration of observation, curiosity, and imagination, Brendan Wenzel shows us the many lives of one cat, and how perspective shapes what we see. When you see a cat, what do you see?

Local author Kara Bietz will discuss and sign her debut novel for teens, UNTIL I BREAK. Two boys: One is a star athlete and top student with a deep-seated need to prove himself. The other is a chip-on-his-shoulder quarterback who will never settle for second best. When gunshots echo through the halls of Broadmeadow High School, whose finger is on the trigger? A year before the shooting, Sam North has a bright future as well as a problem that nobody else seems to see Ace Quinn, his neighbor and teammate. For years, Ace has been bullying and harassing Sam, yet he’s managed to deftly conceal his actions and threats from the rest of the world. As Ace’s secret rage intensifies, Sam becomes more desperate to stop him. But how far will he go? And what if Ace takes his threats even farther?

Cinco Ranch High School, Katy
Ticketed Event: This is a ticketed event. Purchase RIVER ROSE AND THE MAGICAL LULLABY from Blue Willow Bookshop to receive your admission ticket, which will admit one person. A limited number of tickets are available.

Join Kelly Clarkson for a discussion of her new picture book, RIVER ROSE AND THE MAGICAL LULLABY. Blue Willow’s Valerie Koehler will facilitate the conversation, and Kelly will read her book before attendees go through the signing line and meet Kelly.

It’s a big day for River Rose she’s going to the zoo But when she’s too excited to fall asleep the night before, it takes a magical lullaby from Mom to send River Rose off on a dream adventure Soon River Rose is hopscotching with the hippos, slip-sliding with the penguins, and dancing with the big brown bears. It’s a rollicking, rhyming tale from America’s most beloved performer, recording star Kelly Clarkson. Come along on this bedtime journey with an original lullaby that parents and kids are sure to love.

Join local author Angela Ruth for a discussion and signing of WHERE POPPY LIVES. It can be sad, and even a little scary, to watch those we love age and slip away from us—unless you can see them through the eyes of a child. In this mostly-true story, beautifully illustrated by Mike Guillory, an eight-year-old named Callie finally gets to know her Alzheimer’s-striken great-grandfather now that his thoughts and actions are more like a child’s. Callie and Poppy discover a new world in the nursing home thanks to their imaginations and her willingness to accept and love him for who he is now.

S.J. Kincaid will discuss and sign her new novel for teens, THE DIABOLIC. Nemesis is a Diabolic, a humanoid teenager created to protect a galactic senator’s daughter, Sidonia. The two have grown up side by side, but are in no way sisters. Nemesis is expected to give her life for Sidonia, and she would do so gladly. She would also take as many lives as necessary to keep Sidonia safe.

When the power-mad Emperor learns Sidonia’s father is participating in a rebellion, he summons Sidonia to the Galactic court. She is to serve as a hostage. Now, there is only one way for Nemesis to protect Sidonia. She must become her. Nemesis travels to the court disguised as Sidonia a killing machine masquerading in a world of corrupt politicians and two-faced senators children. It’s a nest of vipers with threats on every side, but Nemesis must keep her true abilities a secret or risk everything.
As the Empire begins to fracture and rebellion looms closer, Nemesis learns there is something more to her than just deadly force. She finds a humanity truer than what she encounters from most humans. Amidst all the danger, action, and intrigue, her humanity just might be the thing that saves her life and the empire.

This workshop is open to writers of all races typically underrepresented in American literature, including but not limited to writers who identify themselves as African-American or Caribbean; Asian-American; Middle-Eastern; Chicano, Hispanic, and Latino. We will study the craft of prose and poetry, whether literary fiction or slam or sci-fi, consider what the work is trying to say, and explore what possibilities it can open up for our writing. 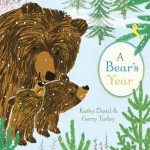 Writespace – NOTE: There is a LARGE Silver Street event at this time, so please allow extra time to find parking. Please see the map at this link for alternative parking information, if needed.
COST: $65 Members, $75 Non-Members

Five hundred words— no problem, right? Wrong!
A successful picture book is an art form combining lyrical language and dynamic images, each dependent on the other.  To compete, your work must shine, as well as follow the conventions of today’s crowded market. In this hands-on revision workshop with picture book author Kathy Duval, we’ll take a fresh look at your characters, setting, plot, and picture book language. Participants will complete exercises to polish their prose, as well as create a dummy to see how your text fits into a picture book format. Feedback in small groups will help you take your picture book to the next level. Participants will be asked to bring three copies of the same completed picture book manuscript. You will be notified closer to the workshop date about the other supplies you will need for making a dummy.

This course is designed for intermediate to advanced writers working in any genre within YA. If you’re looking for a challenging, dynamic workshop that will take your writing to the next level, this workshop is for you. Please be prepared to spend two to three hours a week on short reading assignments, critique of your classmates’ work, your own writing, and online discussion. You will be asked to turn in one to two 10-page submissions of your novel for critique and to read one YA novel to enhance our discussion.

If you’d like to be notified of these weekly updates, please use the Subscribe to Updates form on the sidebars!

Warning: Invalid argument supplied for foreach() in /home/vonnacar/public_html/wordpress/wp-content/plugins/email-subscribers/lite/includes/classes/class-es-forms-table.php on line 665