When I was a kid, I loved animal stories. I hated for an especially good book to end, so one of the ways I kept it going was to read nonfiction books about the animals featured in that story. Walter Farley’s and Marguerite Henry’s horse books were favorites, and happily for me, my father had an encyclopedia-style book about the breeds of horses, cattle, sheep and goats common to the United States which I read cover-to-cover throughout my elementary school years. When I got to junior high and my Texas History class had to study the cattle important to early Texas, my teacher was amazed by how much this city kid knew about the subject. 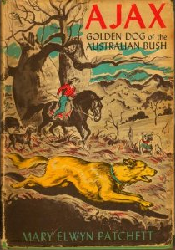 Among other dog stories, I loved Jack London’s Call of the Wild, Jim Kjelgaard’s Big Red series, and Mary Patchett’s Ajax, Golden Dog of the Australian Bush, so one of my favorite nonfiction reads was a book put out by Purina about the various breeds of dogs recognized by the American Kennel Club at that time. I wore that book to a nub; I took it to school, carried it around the neighborhood, slept with it always within reach. My heart broke when it finally fell apart, but a grown-up neighbor—whose German Shepherd, Gretchen, was a particular friend of mine—gave me her copy. I was over the moon!

Of course, other animals—raccoons, wolves, dingoes, snakes, and bears to mention a few—made appearances in many of these books. Though they weren’t the stars of the stories, I still found them fascinating, so I looked for books about them, too. One favorite book was called Studies in Animal Behavior which was written by a husband and wife who had abandoned civilization to live in a cabin in the woods somewhere. The book was just anecdotes about the animals they saw everyday, but it was riveting.

I would have loved it if every novel I read as a kid had a companion nonfiction book, like Mary Pope Osborne and Natalie Pope Broyce’s The Magic Treehouse books—not just nonfiction about animals, but about the world where the story took place and the time when the story happened. Novels spurred my imagination and brought great fun into my childhood, but I also craved knowledge about the real world, especially knowledge that was tied to a beloved story.

These days, I occasionally come across a novel which has a nonfiction segment at the end, like Dotti Enderle’s Crosswire, a tale of a boy in 1880’s Texas. This was exactly the sort of thing I loved as a kid, and still do. Understanding the realities of the time makes the story that much richer. Another thing some authors do is have nonfiction content on their websites, like Kenneth Oppel did for his Silverwing series in which the main characters are bats. I love that site (and his books)!

Happy New Year, everyone! I hope your year is filled with good books of imagination and reality.

Vonna, thanks for this post. I enjoyed remembering how I loved animal stories growing up, as well. .Happy New Year!