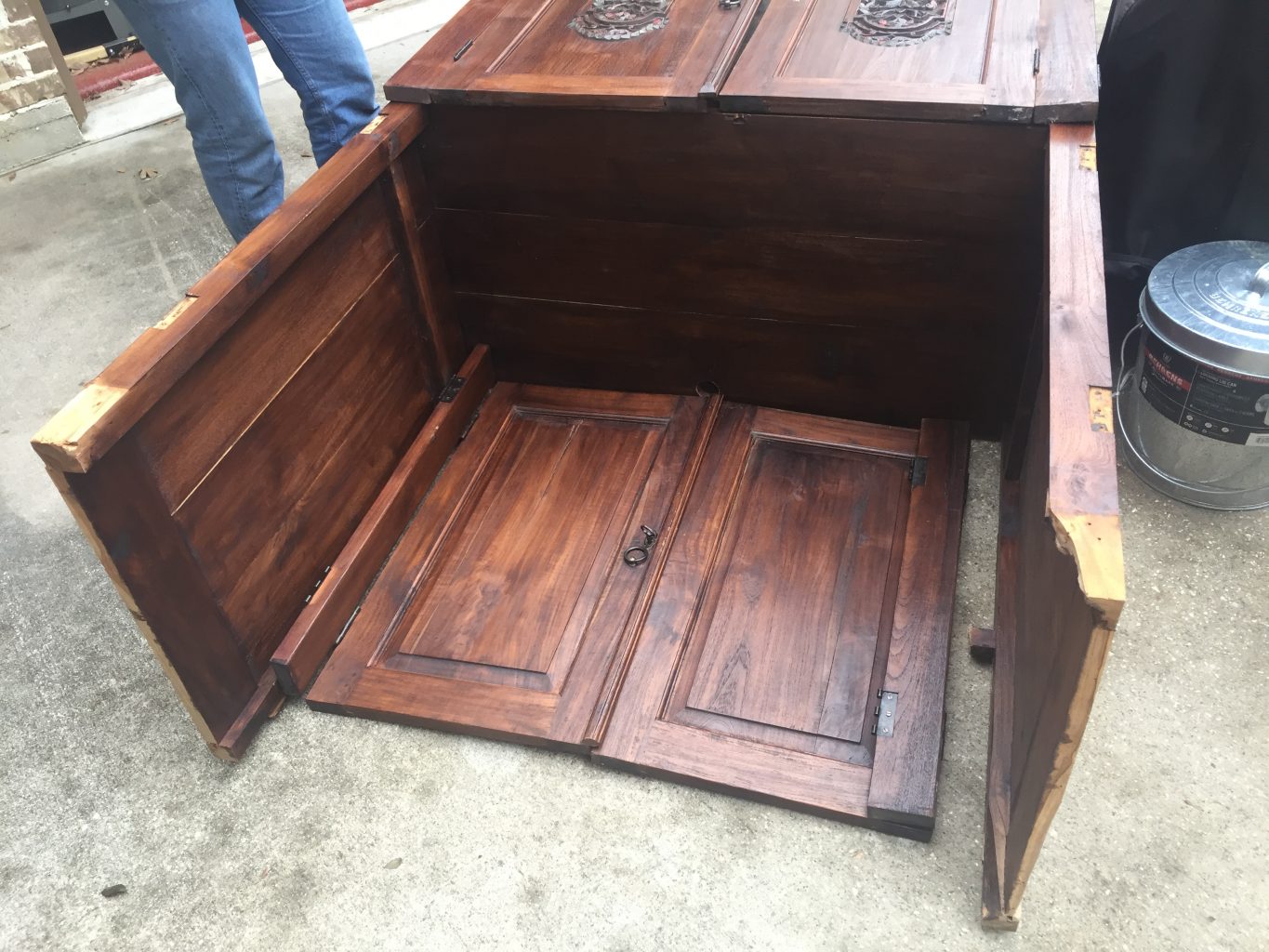 All that had remained of our old Indonesian cabinet. Just the doors, two sides and a shelf. 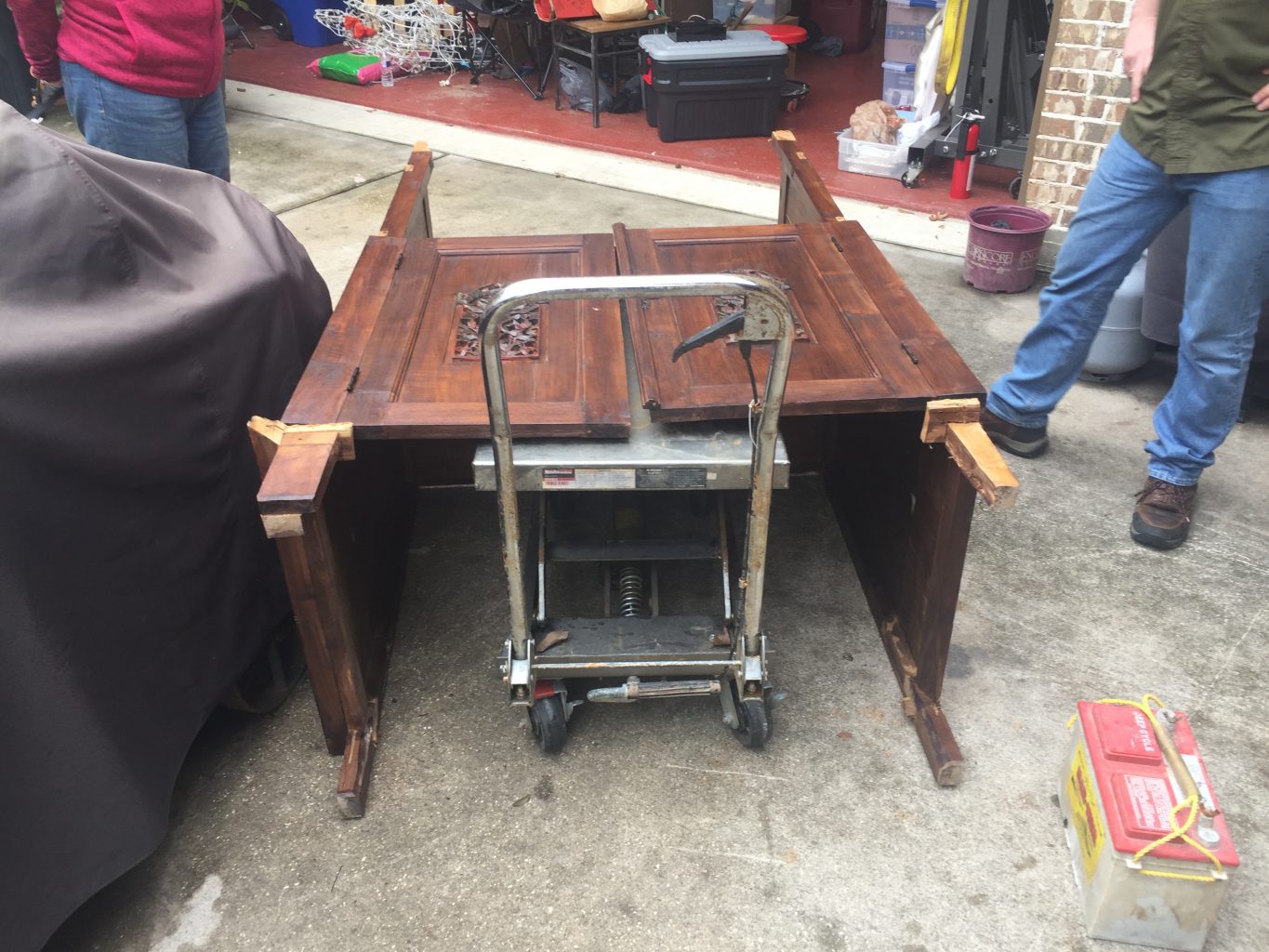 Using a lift table to support the doors. Experimented a bit with swapping the doors. Here the upper carved doors are test fit on the bottom location instead. 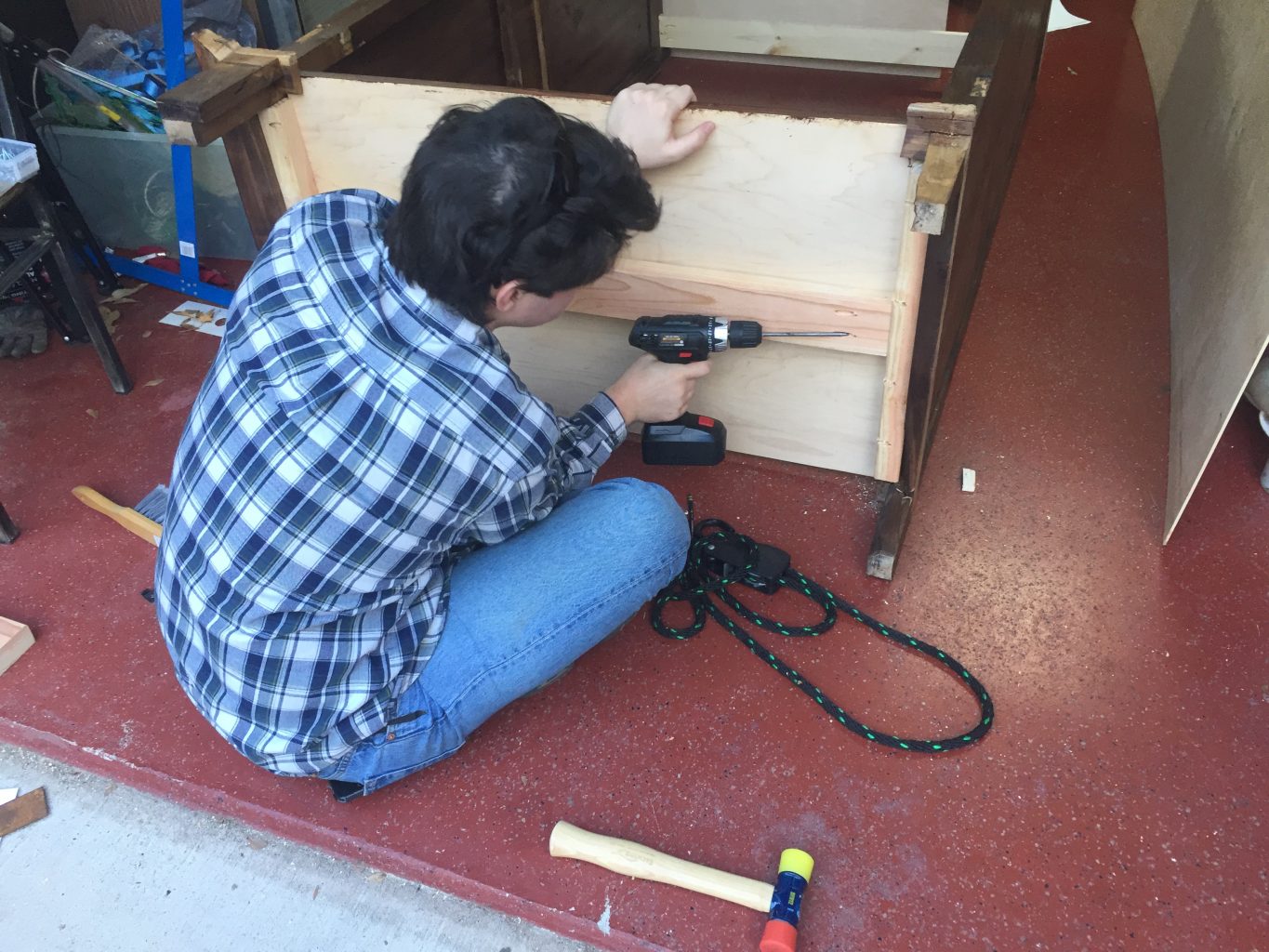 Here Race works on the first crucial step:  establishment a solid base. Later two 2x4s where used to support the base from below. This also set the square of the sides at the base. Later we scabbed in two 1x4s at the top to square in top and set the sides. Then it could stand up. 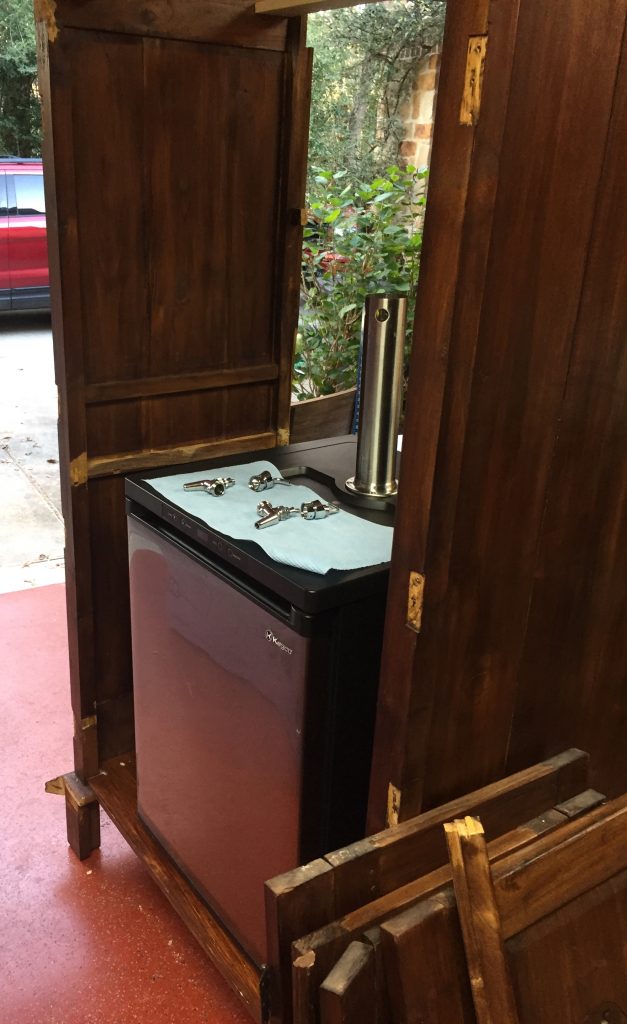 Standing up with just sides and a base showing the kegerator in place. 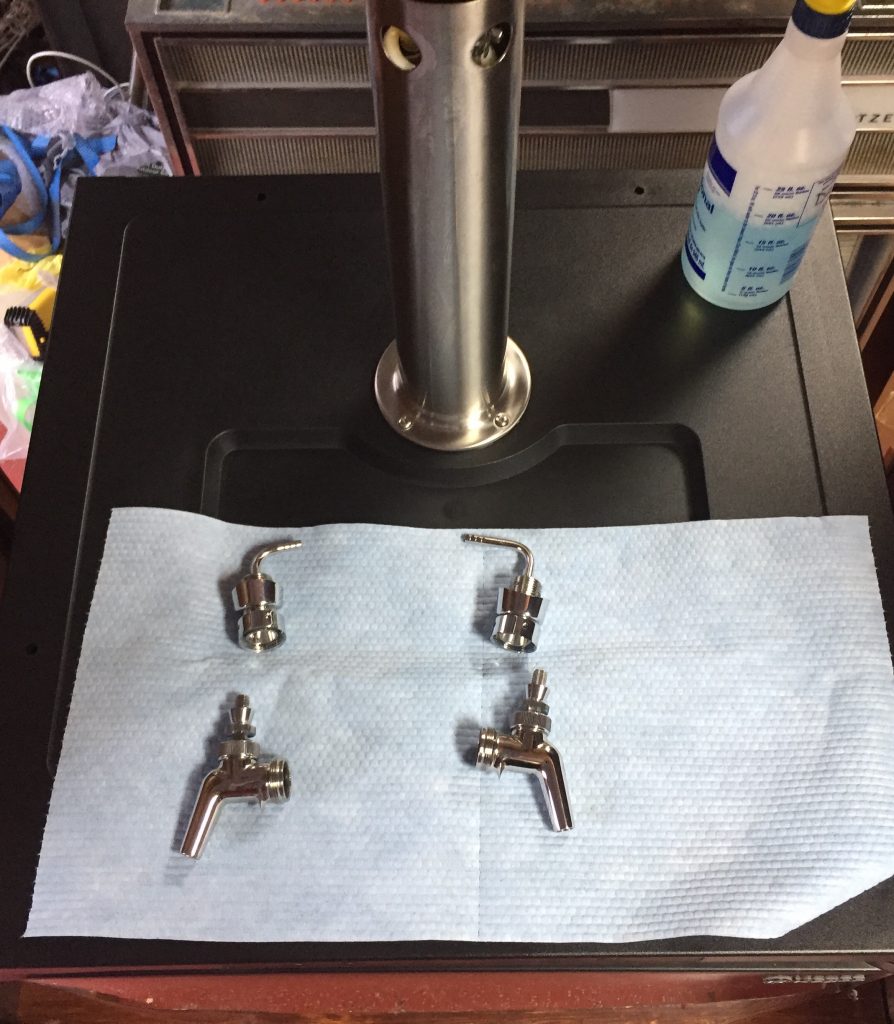 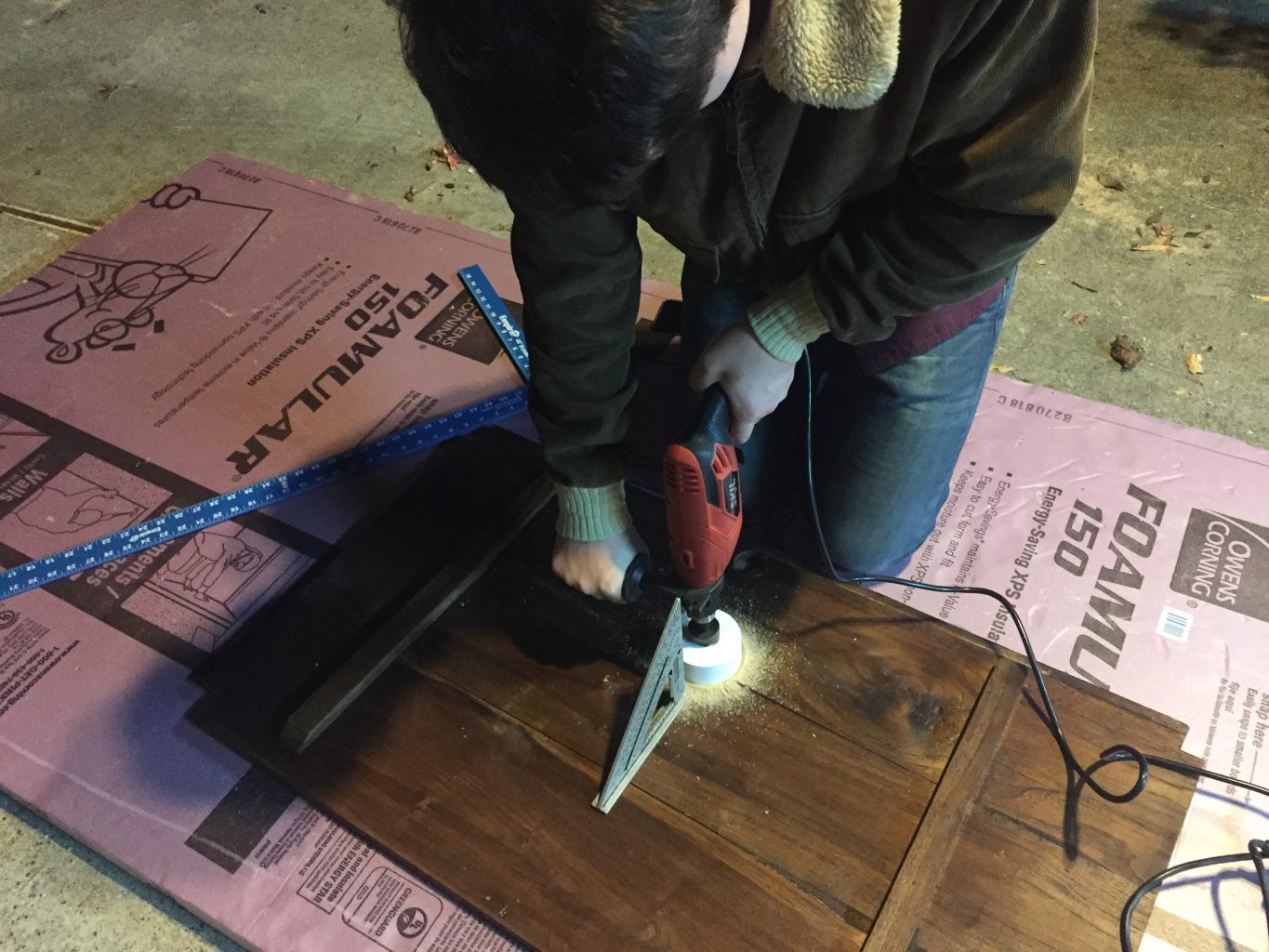 Race cuts the hole in the remaining shelf for the beer tower. This drops over the tower and will rest on two runners installed later on the inside of the cabinet sides. 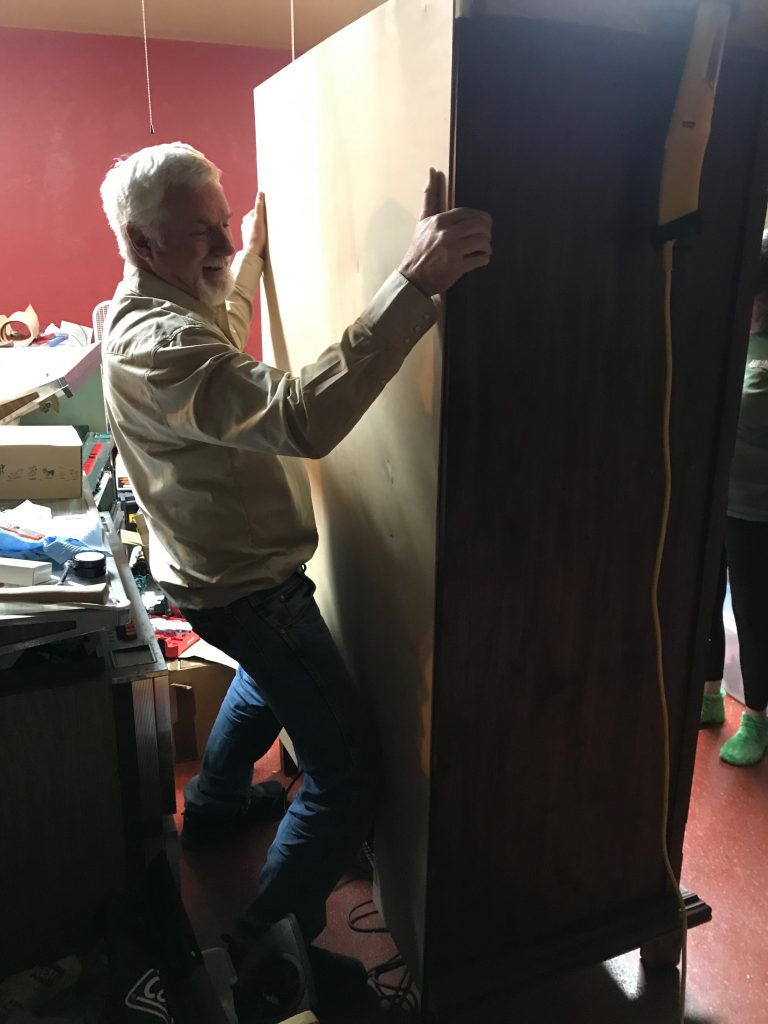 The back panel was cut with a cut away for the refrigeration coils. 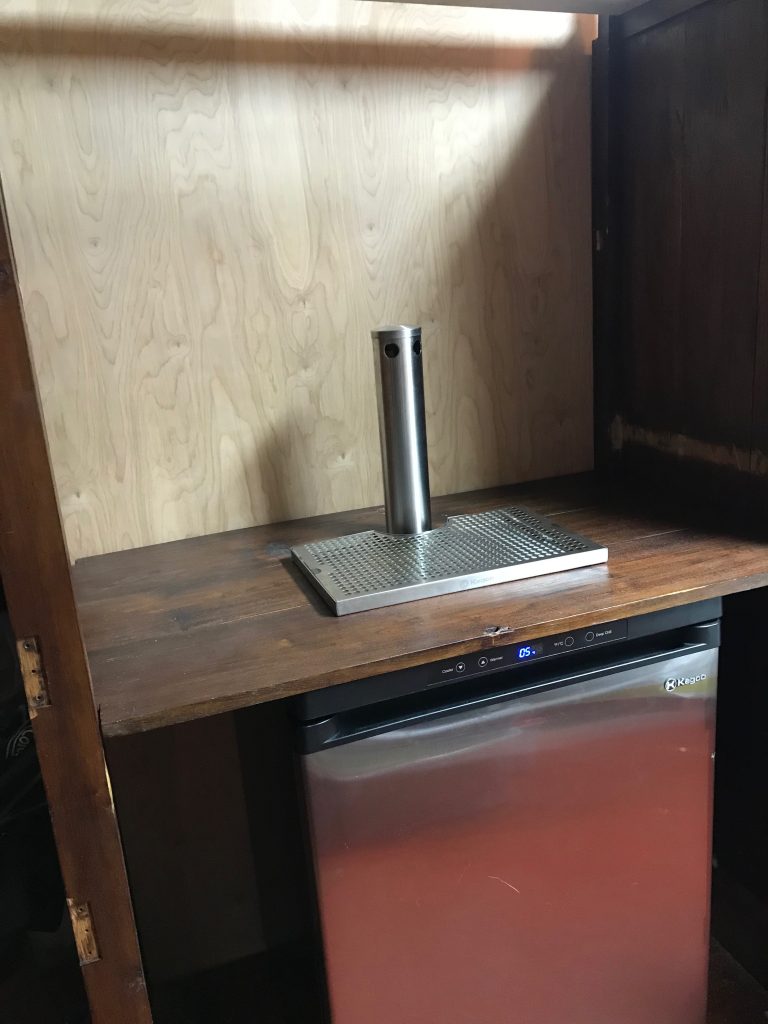 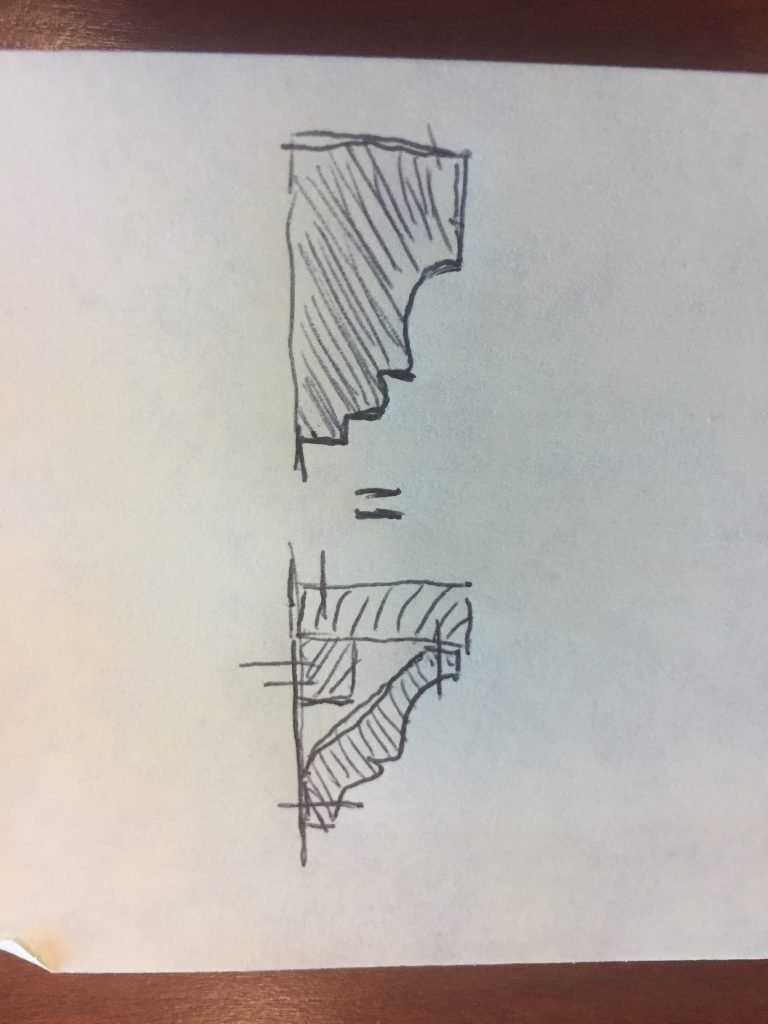 Needed to find away to recreate the trim at the top as most of it was missing. This composite approach is what we used. 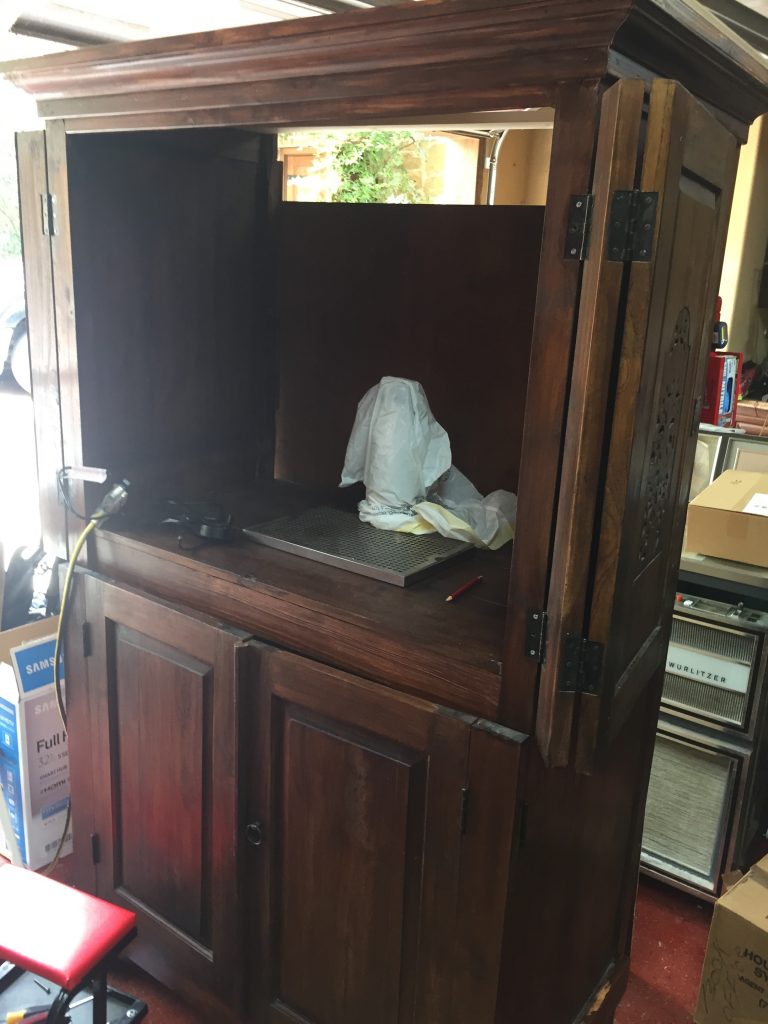 New trim on around the top and the back panel stained. 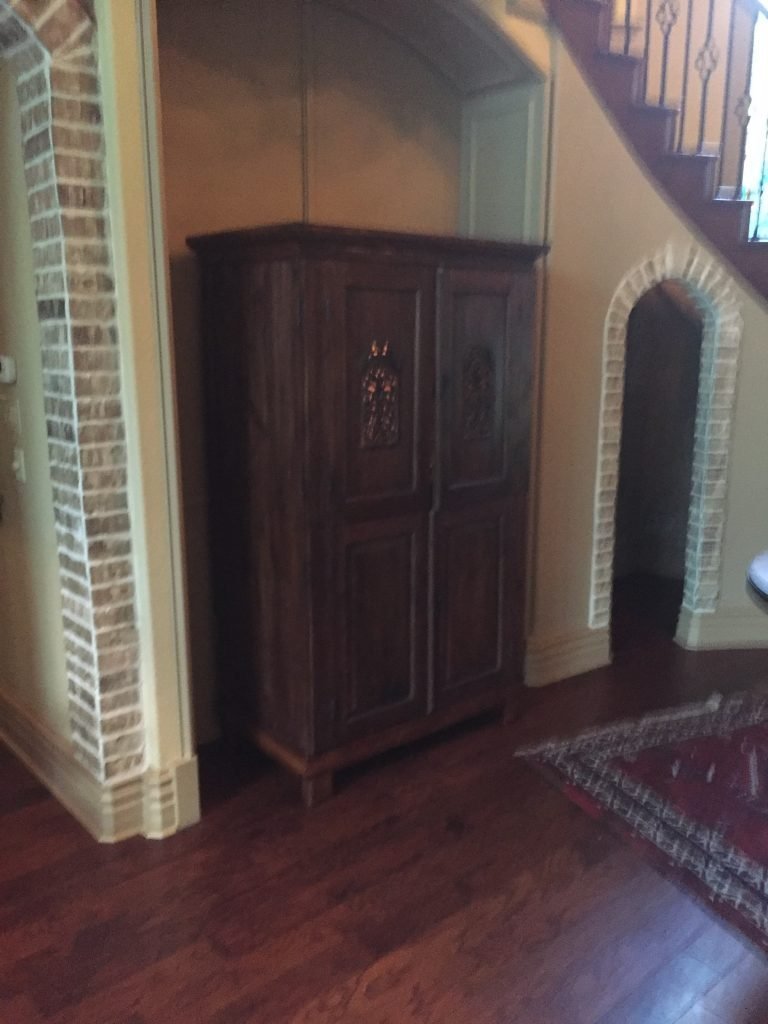 Trim on and moved into the house. 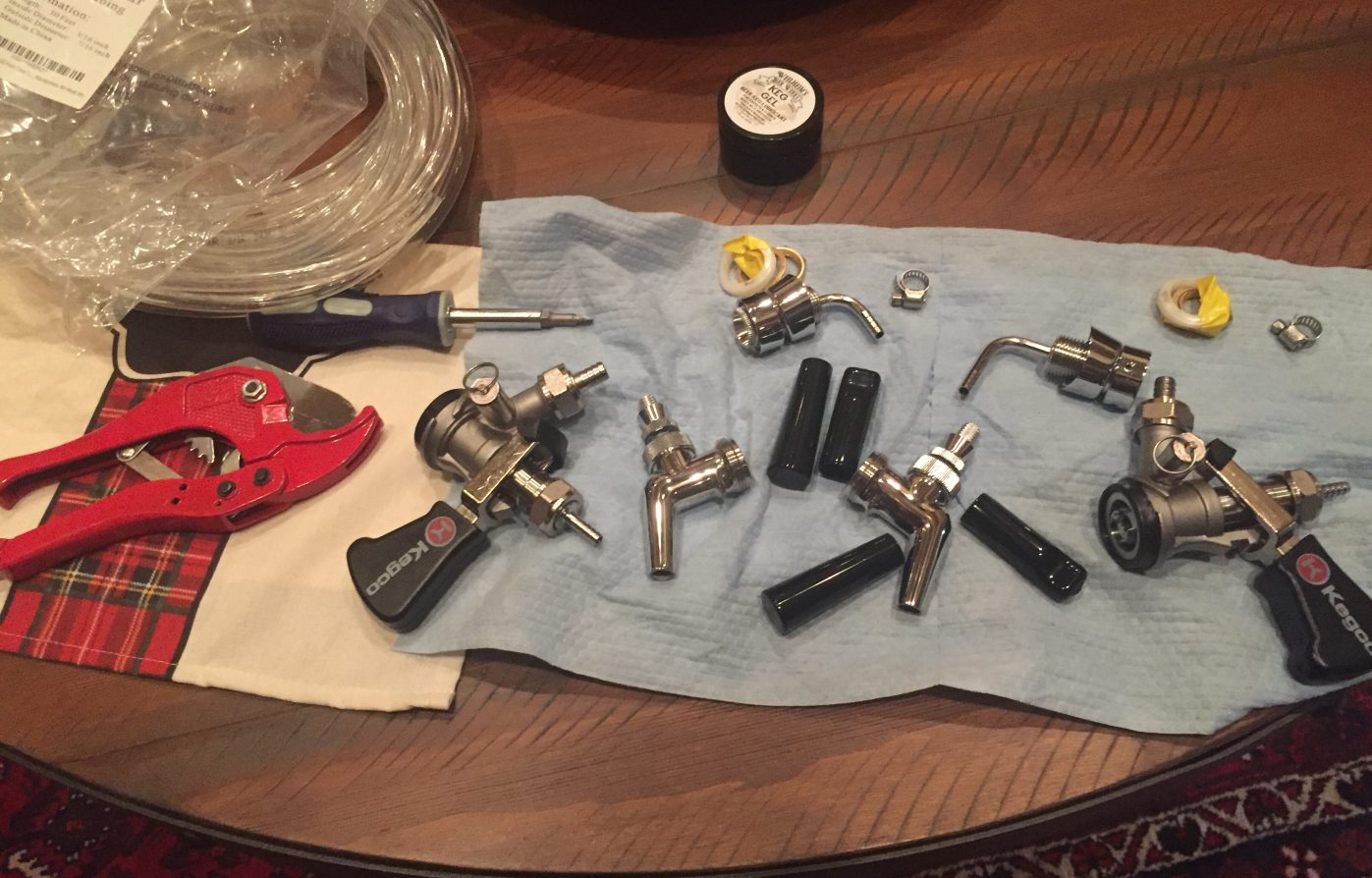 More disassembly, cleaning and reassembled taps to join the cleaned taps and shanks. 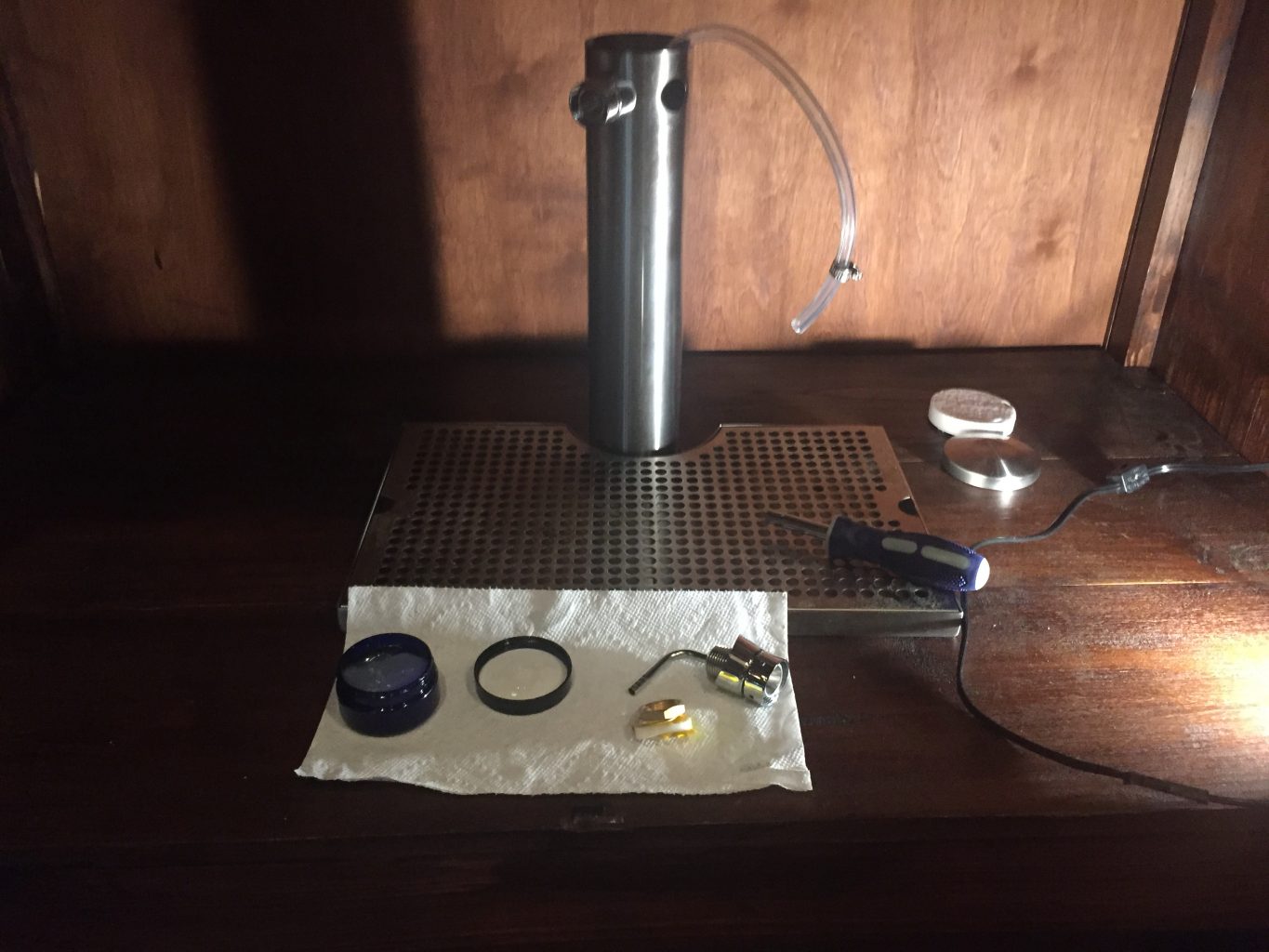 One tower shank in and the second ready to go on. 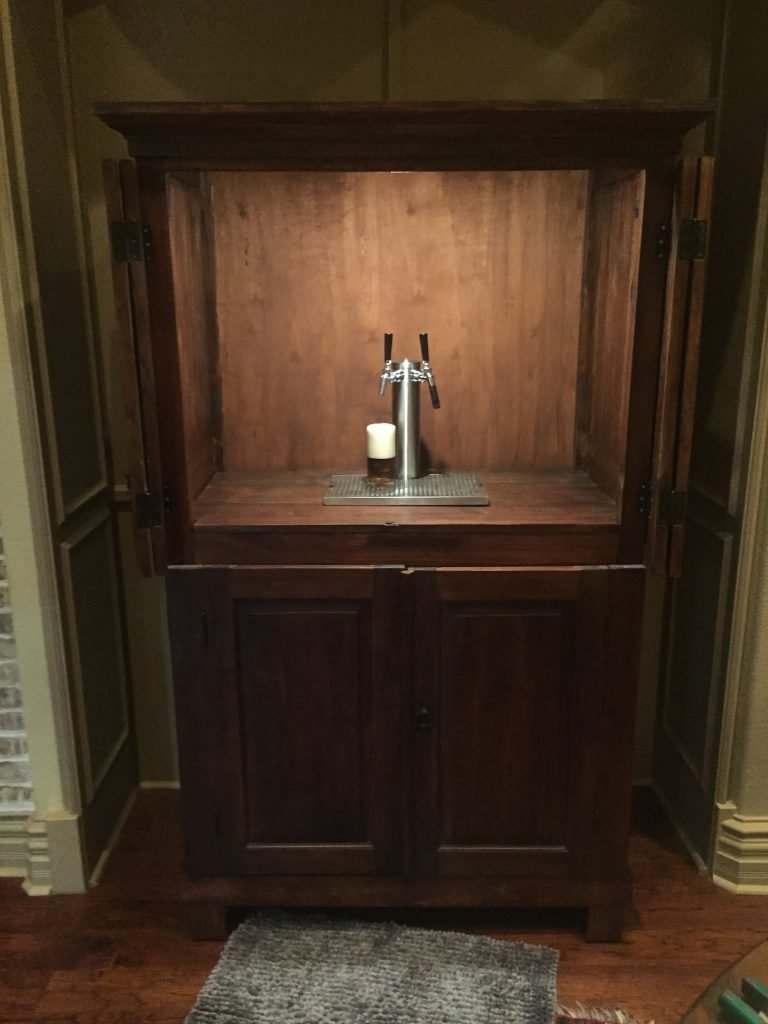 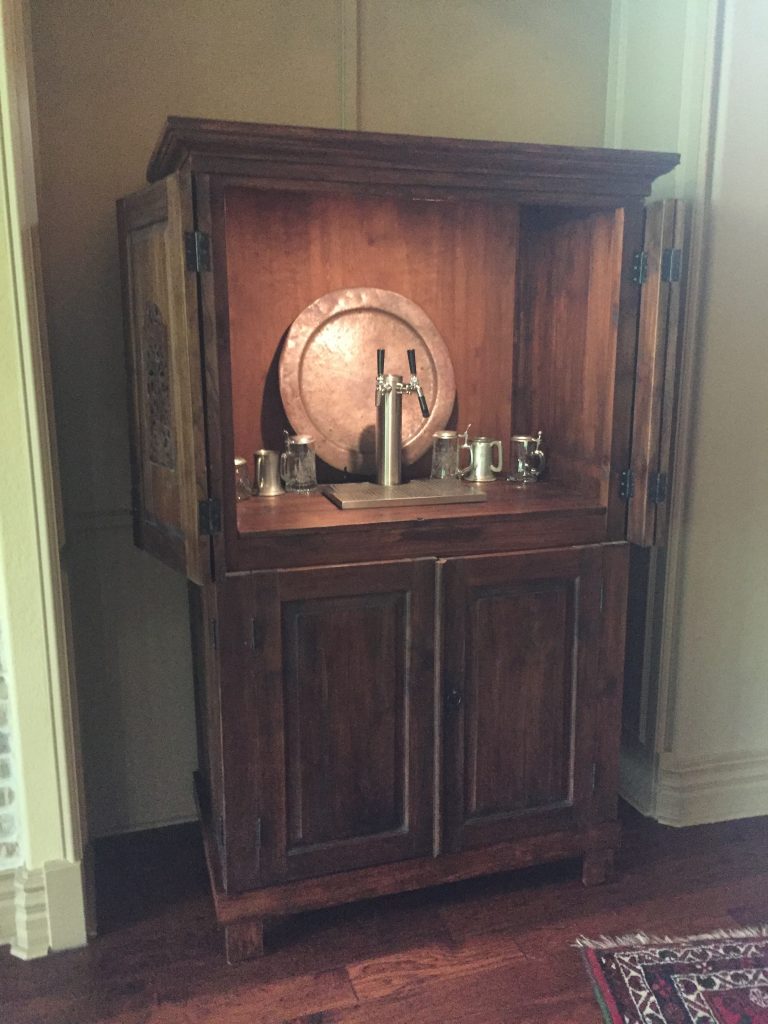